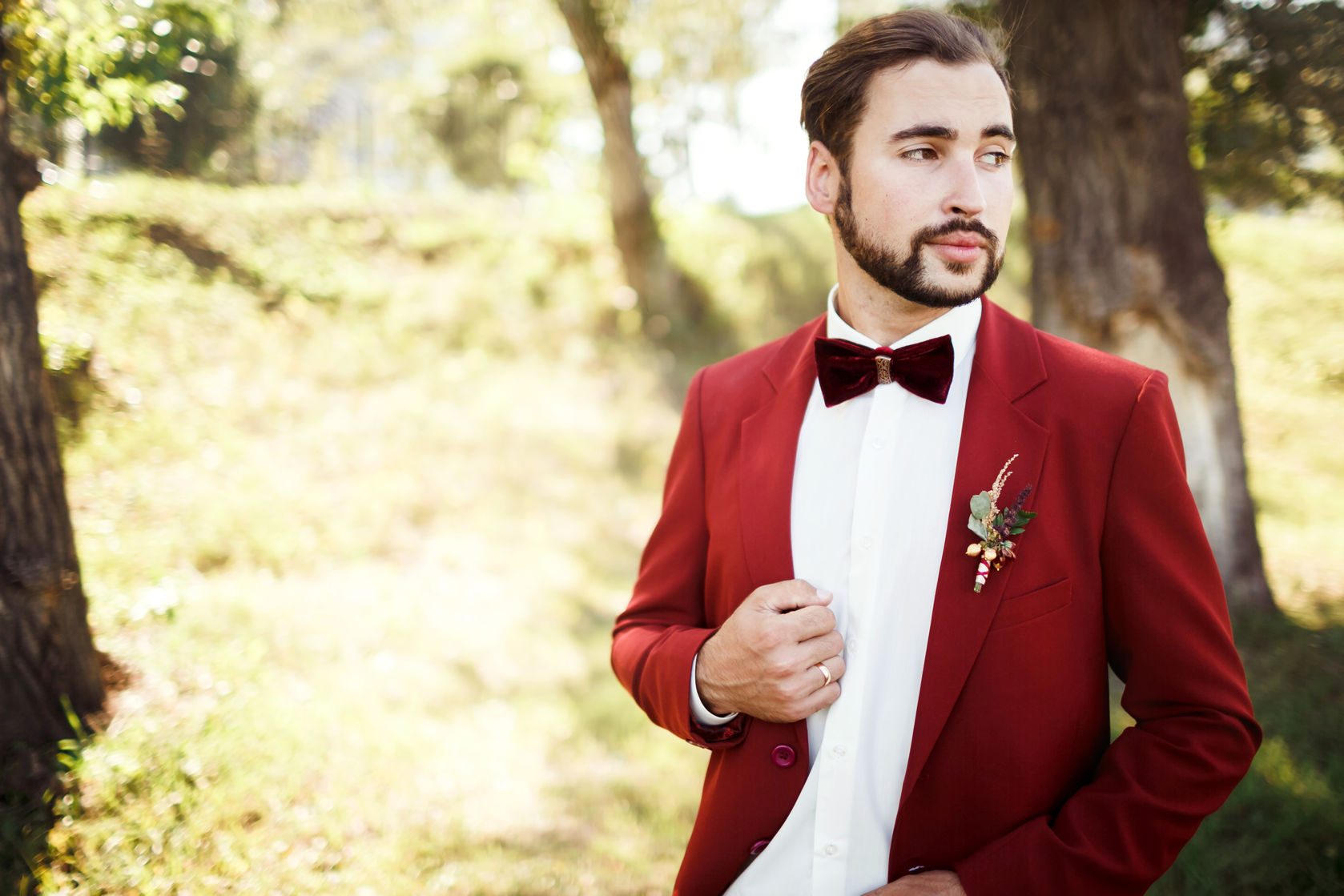 When to Wear a Tuxedo vs. Suit: Key Differences Between the Two

The decision of tuxedo or suit isn’t one that most men make daily. If you even own an actual tuxedo, you probably only wear it to formal occasions. However, understanding the difference between a tuxedo and a suit can help you look and feel better and dress more appropriately for those occasions where you aren’t sure what to wear.

A few things set tuxedos and suits apart from one another. We’ve created this guide below to help you learn more about the difference between a tuxedo and a suit. Read on to learn more!

The most significant difference when it comes to a tuxedo vs. a suit is that the tuxedo is reserved for more formal occasions. We suppose you’d be able to wear one to the bar with your friends, but you’re likely to seem out of place, even if other men are dressed in fine suits.

Simply put, tuxedos require some special occasion if you’re going to wear them. That could be a black-tie gala, a wedding, or a charity event. On the other hand, suits can be worn almost anytime you feel one is appropriate. Whether it’s to work, on a date, or even a night out at an upscale bar with your friends, a suit has plenty of uses. Tuxedos, not so much.

Suits come in a vast range of colors. Sure, there’s the classic black, navy, and charcoal, but you can get everything from bright blue, red, yellow and almost anything in between. Tuxedos are the opposite. When you go shopping for a tuxedo, finding one in anything other than black, midnight blue, and the ever-dashing white will be nearly impossible. If you’re looking for a unique colored tuxedo, we’d recommend a skilled tailor. However, if you’re like the rest of us, on the rare chance you need a tuxedo, sticking to black or midnight blue will be the best option almost every time.

Devil in the Details

To the untrained eye, chances are a tux, and a suit will look very similar. When you dig into the details, though, you’ll see that the two options have some pretty distinct contrasts when it comes to the details.

Satin is a commonly used material for a tuxedo lapel, and in almost all cases, that’s what you’ll see on a store-bought or custom tuxedo. On a suit jacket, the material is generally the same as the suit, though other options exist. Lapel styles are also quite different in terms of tuxedo vs. suit.

Notch lapels are standard in a suit but are far too informal on a tuxedo. Instead, you’ll see a peak lapel or a shawl collar on a tuxedo for a more formal appearance.

Pockets on a tuxedo and suit are generally similar. Like jacket lapels, the most significant difference is that most tuxedo pockets will be trimmed with black satin instead of being made from the same material as the rest of the garment. Unique pockets that you sometimes see on more casual suits will also not appear on any tuxedo. Yes, there are custom tuxedos out there, but the vast majority follow a standard pattern for a reason.

Like your jacket lapels and pockets, buttons are different when comparing the differences between tuxedos and suits. On a standard suit, you’ll likely find plastic buttons. If the suit is on the higher end, you’ll likely find metal, bone or horn buttons. On a tuxedo, buttons are generally covered in – you guessed it – black satin. They match standard trim and lapels on a tuxedo, working to give your whole look a more formal, tied-together appearance.

On the outside, tuxedo pants and suit pants look pretty much the same. While most men, even those who prefer a slim fit, go for a more classic cut in a tuxedo, the fit isn’t necessarily the key to deciphering the difference. Suit pants generally have belt loops, whereas tuxedo pants do not. This is because most tuxedo pants feature suspender buttons. This is so you can wear a pair of black braces that match your tuxedo pants for that ultra-formal look.

Unless you live in a cave, there’s a pretty high chance you know what a dress shirt looks like. Most guys can picture a tuxedo shirt because the difference between a tuxedo shirt & dress shirt is quite apparent. A standard dress shirt that you wear with a tie typically has a point or spread collar. For the most part, these shirts also feature button cuffs, though French cuff shirts are still popular among many men.

Tuxedo shirts prominently feature pleats running down the front of the shirt. The spread collar or wing collar is the most popular choice for most. Tuxedo shirts can be fastened with buttons or studs, and though your standard barrel cuff is trendy today, French cuffs are the only option for a tuxedo shirt. You better find some nice cufflinks to look your best if you’re getting ready to buy your first tuxedo.

Hollywood A-Listers often wear tuxedos to award shows and galas without ties, but unless you’re an A-lister, that’s not something you can do. If you’re going to wear a tuxedo, you need to be wearing a black bow tie for almost every occasion. Colored options are available, but they’re generally not appropriate unless you’re going to prom.

When you wear a suit, you get the option to dress up or dress down your look based on whether you wear a tie or not and what kind of tie you decide to wear. Wild colors, bold prints and fun patterns are commonly accepted for standard ties worn with traditional suits.

Almost anything goes when picking out your shoes for a suit. If you’re working on Wall Street, you might want some classic brogues or Oxfords. On the other hand, a pair of Beatle boots could be just what your style calls for.

When it comes to accessories, you can get away with almost anything in a traditional suit. Want to wear a watch, a lapel flower, and a crazy tie? You can do it if you pull it off with a straight face.

When you put on a tuxedo, you need to keep accessories to a minimum. A classic lapel flower can work, but everything else should be left at home. If you have a more formal watch, you can wear that, but it should look the part.

Were there more differences than you thought? Most likely! Unless you’re super well-versed in menswear, you probably learned something from this article. That’s why it’s here! We want you to look your best at the appropriate time. When you’re ready to look your best, give us a call!