The Most Stylish Men Your Boyfriend Should be Following: 2018 Edition

While your boyfriend may be great at his job or at making you smile, he might need a bit of help in the fashion department. He can figure out his own sense of style with direction from some of the most fashionable men in Hollywood, from athletes to film stars. With these figures as his men’s fashion icons, your boyfriend will be stepping up his style in no time.

When he isn’t busy making box-office films, The Rock is stepping out in style. Being a sports icon and a man of the suit, he has a few tips your boyfriend can borrow. First and foremost is the blazer, an ideal compromise between formal and casual wear, giving your boyfriend maximum comfort and expert style at the same time. The Rock can be seen pairing ankle length trousers with form-fitting crew neck sweaters for a classy, yet casual look.

Swipe left to first see me and my Italian assassin stylist @ilariaurbinati being cool & sexy, then start to question our motives, then finally say “this is cheesy what the f*ck are we doing?!” and burst out in laughter. Solid two hour fitting with Ilaria and her team as we prep for two world press tours for Rampage and Skyscraper. We get along very well, because we don’t follow trends… we prefer to make them. And always make time to strike a cheesy pose. #TheManMakesTheClothes #Style7 #TeamBinati #Rampage #Skyscraper #WorldTour

Whether it’s streetwear or red-carpet fashion, famed soccer player David Beckham has an incredible sense of style. For Beckham, the fit of an outfit is everything. It’s important to make sure that your boyfriend’s clothes fit him properly, in quality and cut. If he feels good, he’ll look good! This is true for David Beckham, who can be seen expertly pulling off a navy suit, and on more casual days, wearing fitted shirts or crew-neck sweaters with designer denim. Beckham perfects his outfits with eye-catching accessories, from wide-brimmed hats to brightly-colored beanies. If comfort is key for your boyfriend, he can follow Beckham’s lead by ditching the dress shirt and putting a sweater under his blazer.

Always a pleasure to be back in Milan! This time thanks to @tudorwatch #BornToDare

Whether on the football field or in the boardroom, football star Tom Brady knows what it takes to be a style icon. From sporting golf hats to donning pinstriped suits and pleated pants, Brady’s style evolution has earned him a seat among today’s notable men’s fashion icons. Nowadays, you can fashion-conscious Brady wearing bow ties to black-tie affairs, and more relaxed fits, like flannels and denim to casual events.

I’m no James Bond but… Proud to announce my new partnership with @astonmartinlagonda!

As the master of the classic tux, actor George Clooney’s fashion is great for boyfriends who want to follow suit, from day-to-day looks to “red-carpet ready” outfits. Clooney has come a long way from his laid-back days in the eighties. The actor now wears classic notched-style, single-breasted tuxedo jackets for red-carpet events, and often opts for a black button-down shirt and a classic bow tie to finish the look. The single-breasted blazer is a staple in Clooney’s wardrobe off the red carpet as well. 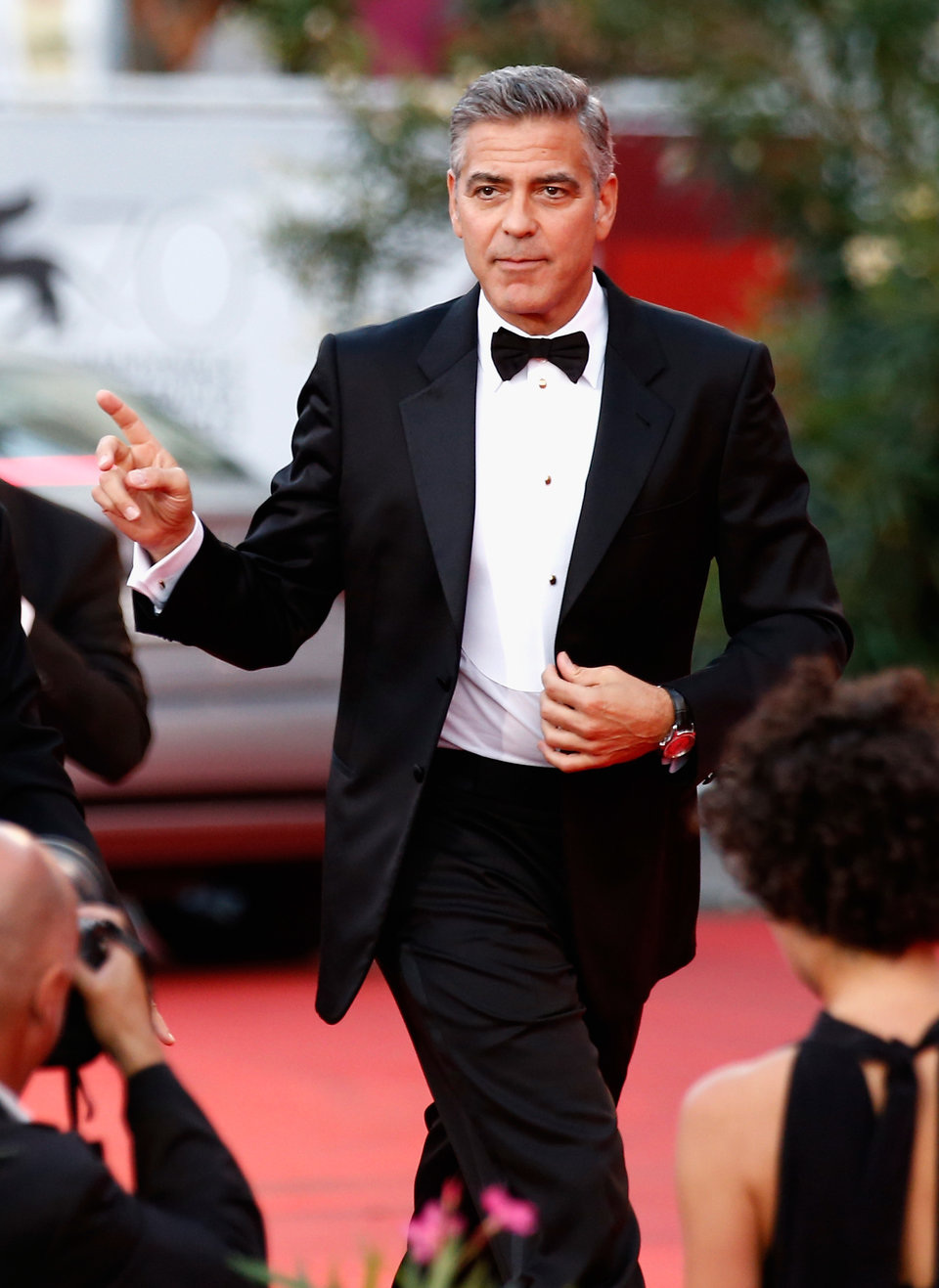 Longtime actor in box-office hits such as “Independence Day,” “Jurassic Park” and “Jurassic World,” Jeff Goldblum knows a thing or two about switching between casual and formal looks. It’s no secret that Goldblum dresses like a boss, oftentimes suiting up in notched-collar suits, tapered pants and skinny ties. He also tops off his looks with fedora hats, proving he knows when to add an accessory into the mix.

Maybe it’s the influence of his mega-star girlfriend Jennifer Lopez, but Major League Baseball star and investor Alex “A-Rod” Rodriguez is bringing his “A-game” when it comes to style. It’s common to catch A-Rod at star-studded events like the Met Gala in a fitted tuxedo. Help your boyfriend take a cue from A-Rod’s style, which includes bow-ties paired with single-breasted custom-tailored suits. If he’s interested in keeping it classy, have your boyfriend try one of A-Rod’s signature outfits, a khaki colored suit or a sweater over a button-down shirt with linen pants.

If you want your boyfriend to learn how to master the casual, cool look in a subtle way, then he should consider actor Idris Elba’s sense of style. He knows how to switch from red-carpet looks to more laid-back styles. When he’s attending A-list events, you’ll catch Elba in suits with straight-legged trousers, single-breasted blazers with notched collars, flap pockets and a tie to match. You can find him in premium quality shirts, or sweaters and jeans in his downtime, all the while maintaining a well-groomed hairstyle to ensure that his style remains iconic.

If you think that your boyfriend’s style is in dire need of an update, have him take a look at these men’s fashion icons for a bit of direction. With their guidance, he will figure out his own sense of style and start dressing to impress.

Here is me, fully appreciative of the sunshine in London. Just finished @mixmag @mixmaglab tonight, the people were welcoming and the vibes, officially noiiiice. Big up Sabbi for capturing the moment. ❤️